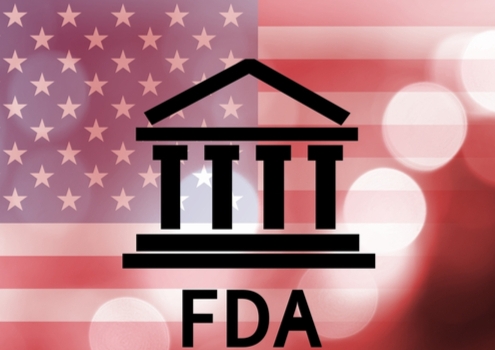 With a busy August on the U.S. Food and Drug Administration (FDA)’s schedule, this week is no exception. Here’s a look at some of what’s on the agency’s calendar.

“Based on the TRANSCEND NHL 001 data, liso-cel has the potential to expand treatment options for those affected by this aggressive blood cancer who did not respond to initial therapies or whose disease has relapsed,” said Stanley Frankel, senior vice president, Cellular Therapy Development, Bristol Myers Squibb, in February.

Seattle Genetics had a target action date of August 20 for Tukysa (tucatinib) in combination with trastuzumab and capecitabine for patients with locally advanced unresectable or metastatic HER2-positive breast cancer, including patients with brain metastases, who have received at least three previous HER2-directed therapies separately or in combination, in the  neoadjuvant, adjuvant or metastatic setting. Trastuzumab is an oral, small molecule tyrosine kinase inhibitor (TKI) that is highly selective for HER2. It was approved in the U.S. in April, the first new drug approved in the U.S. under Project Orbis. On August 12, Australia approved the therapy under Project Orbis, joining the U.S., Switzerland, Canada and Singapore.

The NDA was submitted in December 2019 and was reviewed under the Real-Time Oncology Review (RTOR) Pilot Program, as well as under Project Orbis, an initiative of the FDA Oncology Center of Excellence. Project Orbis is a multinational partnership between the FDA, the Australian Therapeutic Goods Administration (TGA), Health Canada, Health Sciences Authority (HSA, Singapore) and Swissmedic (SMC, Switzerland).

BioMarin’s Gene Therapy for Hemophilia A

BioMarin Pharmaceutical’s valococogene roxaparvovec, its investigational AAV5 gene therapy for hemophilia A, has a target action date of August 21. The application is based on a Phase III interim analysis of study participants treated with investigational product manufactured by the to-be-commercialized process and three-year Phase I/II data. It also has applied for premarket approval (PMA) for an AAV5 total antibody assay to be used as a companion diagnostic test for valoctocogene roxaparvovec. The company estimates that about 80% of people with hemophilia A in the U.S. do not have preexisting immunity to AAV5 that would make them ineligible for the gene therapy. The assay is produced by ARUP Laboratories.

At the company’s second-quarter financial report on August 4, Jean-Jacques Bienaimé, chairman and chief executive officer of BioMarin, noted, “In the second quarter at the World Federation of Hemophilia Virtual Congress, we were pleased to share the four-year data update from our ongoing Phase I/II study, which demonstrated sustained clinical benefit following a single administration of valoctocogene roxaparvovec. All participants in the study received a single administration of valoctocogene roxaparvovec in 2016 and remained off exogenous factor prophylaxis through year four. These data strengthen our confidence in valoctocogene roxaparvovec and the opportunity to address the unmet therapeutic needs of people with severe hemophilia A.”

Tricida has a target action date of August 22 for veverimer for metabolic acidosis in patients with chronic kidney disease. Veverimer is a non-absorbed, orally-administered polymer. The drug was accepted for review under the Accelerated Approval Program.

On July 15, Tricida announced that it had received notification from the FDA that as part of its review of the NDA, it had identified deficiencies that “prelude discussion of labeling and postmarketing requirements/commitments at this time.”

Tricida indicated the notification didn’t specific the deficiencies, and the company plans to work with the agency to identify and work out how to resolve those problems. At that time, Tricida indicated there were no plans to modify or suspend its confirmatory postmarketing trial, VALOR-CKD, but did not know whether it would be able to address the FDA’s concerns.

As of August 5, during the company’s second-quarter financial report, Tricida had no additional information from the FDA, but believed it the drug was unlikely to be approved by the August 22 PDUFA date.