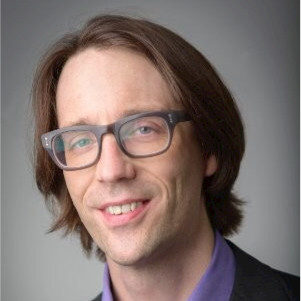 What the U.S. elections mean for patients, payers, providers, and pharma

By Matthew Arnold, principal analyst at Decision Resources Group, a part of Clarivate

A priority focus of President Biden’s administration will be to address the structural weaknesses and inequities in healthcare. However, with razor-thin Democratic Congressional majorities, achieving some of Biden’s bigger healthcare ambitions could prove challenging. Even with a narrow governing trifecta, Biden priorities such as a Medicare-like public insurance option or a German-style drug pricing regime are on the table, and more modest Democratic policy proposals could have a lasting impact on the healthcare landscape. Here are some of the highlights:

The ACA is here to stay – barring a surprise ruling

Four years ago, the Affordable Care Act looked to be doomed, with Republicans in control of the White House and Congress. Having survived a repeal effort by a single Senator’s vote in 2017, the law now looks to be on firm footing – provided it can pass one more test. In the case of California v. Texas, a group of states led by the State of Texas is asking the Supreme Court to throw out the decade-old law, which by now underpins much of the U.S.’ system of coverage, while California leads its defense. The court heard arguments in November and justices seemed broadly disposed against Texas’ position, but with a 6-3 conservative court majority, it will remain a wild card until a decision is handed down, likely in June. Of note here: Biden’s nominee to lead the Department of Health and Human Services, longtime California Congressman Xavier Becerra, led the defense of the law in that case.

It is anticipated that the Biden Administration will move to undo a number of more incremental changes Trump’s CMS made to weaken the ACA, such as giving states more flexibility in designing and administering plans offered under the ACA exchange. Just as consequentially, Biden’s plan seeks to make government subsidies for ACA plans more generous, thereby drawing more middle-income Americans into the program.

President Biden has proposed two big moves to expand insurance coverage: Allowing Americans 60 and up to buy into Medicare early (auto-enrollment starts at 65), and creating a government administered “public option” along the lines of Medicare that Americans of all ages can enroll in. While some may view the public option plan as a potential threat to insurers, early buy-in would likely tighten risk pools, benefiting their bottom lines. Providers would see lower reimbursements under any expansion of Medicare – although the growth of Medicare Advantage plans, likely to continue under Biden, stands to blunt that threat. But the Democrats’ bare 50-plus-Vice-President-Harris Senate majority leaves no margin of error on these initiatives.

The action on healthcare coverage won’t only be in Washington 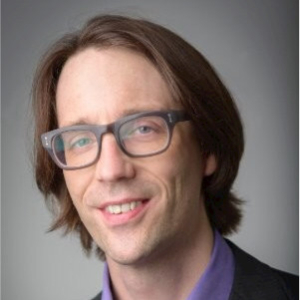 The states have a say as well. While the ACA framework was targeted throughout Trump’s presidency, several states expanded Medicaid coverage under the law, whether through the popular vote via ballot initiatives (e.g., Idaho, Maine, Missouri, etc.) or because of shifts in the partisan balance of power (as in Kentucky). If the federal public option envisioned by the Biden Administration proves impossible, individual states may pick up the gauntlet, as has the State of Washington, whose Cascade Care program takes effect this year.

The Democrats have, in recent years, coalesced around plans to roll back a rule barring the government from negotiating drug prices for Medicare directly, and to rein in drug costs using external reference pricing and other caps on price increases. While President Trump proposed a variation on external reference pricing, Republicans have generally favored plans promoting price transparency, but with less direct government intervention. Biden wants caps on price increases for some drugs already on the market, and he has proposed a two-tier regime focused on new specialty drugs and biologics. His plan envisions an external reference pricing program for therapeutics already launched in other markets, and a health technology assessment-style independent board to determine the value of those launching initially in the U.S. Biden is said to particularly favor a scheme along the lines of Germany’s, where manufacturers have a free hand in setting pricing at launch, but an independent board assesses additional benefit over comparators after a year, establishing a starting point for rebate negotiations. Indeed, an HTA-like body already exists in the U.S. – the Institute for Clinical and Economic Review was established by the ACA.

What are the prospects for an HTA-style system at CMS in a closely-divided Congress at a time of sharp partisan polarization? Likely very poor, given divergent Republican and Democratic approaches, and the power of PhRMA, the muscular industry lobby. But because drug costs are the health and medical costs most visible to patients, consternation is felt across party lines, and a solution could make for strange bedfellows. That could be a tough pill for pharma to swallow.

Last spring, the Trump Administration loosened regulatory and reimbursement constraints on telemedicine, and use of these services took off, with DRG/Clarivate survey data showing that 21 percent of all U.S. patients (and 60 percent of U.S. Crohn’s Disease patients) had used virtual visits by the summer. More than half of physicians (52 percent) told us they planned to offer virtual consults going forward in June and July, and four in five had done so.

This surge in telemedicine use could change the patient care paradigm for the better, but its continued adoption by providers and healthcare professionals depends on continued movement towards parity in reimbursement, regardless of whether visits are in-person or remote. Biden has signaled support for telemedicine in the past, and the urgency of addressing COVID-19 could reinforce this position. However, this is another place where the states have a say, and as of now, only 11 states (including, importantly, California) have telehealth parity laws on the books or pending.

The healthcare sector’s consolidation spree might be put on pause

Democrats could flex the government’s anti-trust powers to limit mega-mergers and acquisitions among providers, insurers and PBMs, putting the brakes on a recent trend toward consolidation in the sector and complicating provider strategies.

However the Congressional horse-trading shakes out, we can expect the incoming administration to embrace efforts to expand coverage, rein in drug prices, and limit the concentration of market share in healthcare.