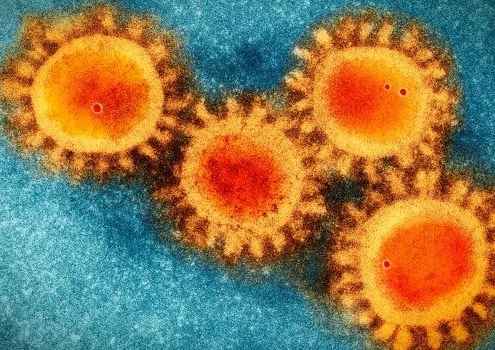 As the U.S. reports surges in COVID-19 infections despite increased enrollment in vaccines, news continues to break about therapies, vaccines, and the risks involved with the new vaccines. Here’s a look.

China’s CanSino Biologics announced it will initiate clinical trials next week of an experimental COVID-19 vaccine that is inhaled, instead of injected. This follows some controversy over China’s COVID-19 vaccines, which the director of the Chinese Center for Disease Control publicly admitted “don’t have very high protection rates.” As a result, the Chinese government was considering alternate vaccines to increase vaccine efficacy in the country.

CanSinoBio is working with the Beijing Institute of Biotechnology on the inhaled vaccine. The company’s vaccine, Adenovirus Type 5 Vector (Ad5-nCoV), which is given by injection, was already approved in China and other countries. Theoretically, an inhaled vaccine would activate antibodies or T-cells in the airways, providing additional protection.

Last week, Eli Lilly and Company requested that its Emergency Use Authorization (EUA) by the U.S. Food and Drug Administration (FDA) be revoked for its COVID-19 single antibody product, bamlanivimab (BAM). Because of increased variants, for which BAM was not as effective, they were concentrating on a combination antibody therapy of BAM and etesevimab.

Monoclonal antibodies are mainly being used to treat people with early symptoms of COVID-19 or who have been exposed, typically via household exposure, as a way to boost the immune system to fight off the infection. Last Wednesday, the U.S. government had acquired almost 1 million doses of monoclonal therapies from Regeneron Pharmaceuticals and Eli Lilly, the two companies that have authorized monoclonal products.

The therapies are available to 5,800 sites across the country. According to the U.S. Department of Health and Human Services (HHS), 43% of those doses have already been used.

There are challenges to the therapies because they require an extended infusion, an hour of observation, and a dedicated space isolated from other people who have not been infected. However, Regeneron recently announced clinical trial data demonstrating that its antibody cocktail, REGEN-COV, can be given by four near-simultaneous injections instead of the infusion. Other studies have shown that the antibodies help 80% to 90% of patients avoid hospitalization or death.

“It’s one of those therapies where you don’t need a statistician to tell you it makes a difference,” said Daniel Griffin, an infectious disease specialist with New York-based ProHEALTH. “You’re seeing a patient 36 hours later, saying, ‘I feel great!’”

The FDA’s Advisory Committee on Immunization Practices (ACIP) is scheduled to meet on Friday, April 23, to decide whether the U.S. should restart the J&J COVID-19 vaccine distribution.

The FDA and U.S. Centers for Disease Control and Prevention (FDA) had called for a pause after six cases of a very rare and potentially fatal blood clot known as cerebral venous sinus thrombosis (CVST) in combination with low platelet levels, were associated with the J&J vaccine. The committee met on April 14 but stated there was not yet enough data to make a decision. 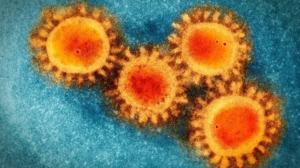 The blood clots associated with the J&J vaccine have only been seen in women. The other adenovirus vector COVID-19 vaccine, AstraZeneca-Oxford’s version, has also been linked to a different type of blood clot, pulmonary embolism, deep vein thrombosis (DVT), or thrombocytopenia. All of the cases of clotting in the J&J vaccine have been women between the ages of 18 and 48. About 222 occurrences of clots were tied to the AstraZeneca-Oxford cases, with about 61% being women.

Which has raised the question as to whether the world’s regulators will suggest that the two vaccines be recommended for males only, or what The Atlantic is saying, America’s “dudes only” vaccine.

For example, birth control pills are associated with certain blood clots in about 1 in 1,000 women. But those are different clots than seen with the vaccines. And the risk of dangerous blood clots from COVID-19 is about 16%.

“Each one of us has different risk factors for the same medical intervention, whether it’s the Johnson & Johnson vaccine or whether it’s taking a birth control pill,” Gloria Bachmann, an OB-GYN and director of the Women’s Health Institute at Rutgers, told MarketWatch. “And there are benefits for both, and there are risks for both, and that’s where one has to evaluate the risk of this intervention, and what would be the risks of getting COVID.”

Although the majority of the clotting with the vaccines has been in women, it’s not yet known if that’s associated with being female—perhaps a link to estrogen—or if it’s simply that more women have been vaccinated than men in general, although not, apparently, with the J&J vaccine.

According to the CDC, prior to the J&J pause, the division was about 50/50. One physician, Alfred Lee, a hematologist at Yale New Haven Hospital, told The Atlantic that he and his team are being particularly vigilant about recently vaccinated females, particularly ones on estrogen-containing oral contraceptives, saying they are deemed to be “high-risk right now.”