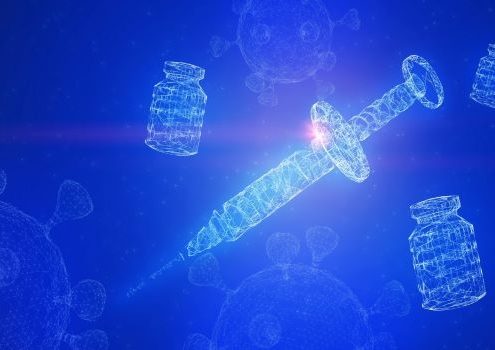 COVID-19 Update: Vaccines for Kids and an Upcoming Verdict on Boosters

External advisors to the U.S. Food and Drug Administration (FDA) will meet this Friday to consider data from Pfizer and BioNTech in support of booster shots. Meanwhile, a timeline is being presented on the authorization of COVID-19 vaccines for children. Read on to find out more.

Pfizer plans to present to outside advisers to the FDA on Friday, September 17, on booster COVID-19 shots. It has indicated that data from the U.S. and Israel show the efficacy of the Pfizer-BioNTech vaccine drops over time. It also shows that a booster is safe and effective at preventing infections from SARS-CoV-2 and its variants.

“Real-world data from Israel and the United States suggest that rates of breakthrough infections are rising faster in individuals who were vaccinated earlier,” Pfizer said in the presentation, which has been published on the FDA website. The data also suggests that the decrease in effectiveness has less to do with the delta variant than waning vaccine immunity over time.

Pfizer Expects to Submit for Vaccine Authorization in Children in November

Pfizer and BioNTech are planning to apply for authorization to the FDA for their COVID-19 vaccine for children between the ages of six months and five years in November, Frank D’Amelio, Pfizer’s chief financial officer, said at a conference on September 14. Originally, they were expected to submit in early October, but Amelio told attendees at the Morgan Stanley Global Healthcare Conference it would be filed “in the weeks shortly thereafter the filing of the data for the five to 11-year-olds … assuming all of the data is positive.”

They are expecting the clinical trial data at the end of October.

Although Pfizer has been asserting for some time that there will be a need for booster shots, several vaccine experts, including some with the FDA, appear skeptical. Last month, a committee with the Centers for Disease Control and Prevention (CDC) expressed preliminary support for boosters, particularly for people at high risk for severe disease and death. But FDA researchers wrote yesterday concerns about lower antibody levels and weaker protection against COVID-19, particularly with the delta variant. Still, they did not believe this decreased protection made the vaccines less effective. They wrote, “Overall, data indicate that currently, U.S.-licensed or authorized COVID-19 vaccines still afford protection against severe COVID-19 disease and death in the United States.”

Most of the focus on booster shots has come out of Pfizer and BioNTech largely because much of the data derives from Israel, which exclusively uses the Pfizer-BioNTech vaccine. However, new data from Moderna also shows its vaccine wanes over time, hence the company’s argument in favor of booster doses. 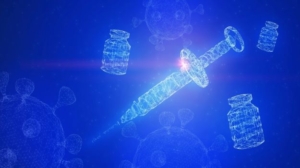 “This is only one estimate, but we do believe this means as you look toward the fall and winter, at minimum we expect the estimated impact of waning immunity would be 600,000 additional cases of COVID-19,” Stephen Hoge, M.D., president of Moderna, said in a conference call with investors.

The data contrasts with other studies suggesting that the Moderna vaccine holds its immunity longer, likely due to its higher dose of messenger RNA and a longer interval between shots.

Hoge noted, “We believe this (boosters) will reduce COVID-19 cases. We also believe that a third dose of mRNA-1273 has a chance of significantly extending immunity throughout much of next year as we attempt to end the pandemic.”

The Wall Street Journal reported that some parents are trying to get their children into clinical trials of COVID-19 vaccines to protect them from the disease. For example, Rachael DiFransisco, from Cleveland, is trying to get her 14-month-old daughter Sybil into a trial. “This trial is our best shot at getting the vaccine as quickly as possible,” she said. “We want some semblance of normalcy for her.”

Children are at lower risk of severe disease and hospitalizations than adults, in general, but their numbers are increasing in hospitalizations because of the spread of the delta variant. This appears to be driving parents to seek vaccinations and trial participation.

As mentioned above, the Pfizer shot is likely to be authorized in November for children under 12. Moderna is expected to submit for emergency use authorization (EUA) for six- to 12-year-olds by the end of the year and early in 2022 for children six months to six years.