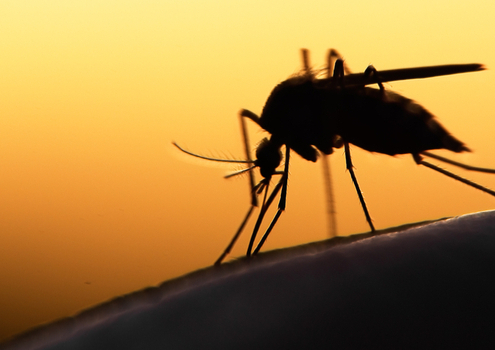 The same group at the University of Oxford and the Jenner Institute that developed the AstraZeneca-Oxford COVID-19 vaccine reported that their investigational malaria vaccine, R21/Matrix-M, demonstrated 77% efficacy in children over 12 months of follow-up. The vaccine was developed by the University of Oxford and utilized Novavax’s Matrix-M adjuvant. It is licensed to Serum Institute of India (SII).

The University of Oxford and partners reported results from a Phase IIb trial of R21/Matrix-M in a pre-publication listing, SSRN/Preprints with The Lancet. The first vaccine to meet the World Health Organization (WHO)’s Malaria Vaccine Technology Roadmap goal, a minimum of 75% efficacy.

The study was conducted at the Clinical Research Unit of Nanoro (CRUN/Institut de Recherche en Sciences de la Sante (IRRS), Burkina Faso. There were 450 participants between the ages of 5 and 17 months who were recruited from the catchment area of Nanoro, which comprises of 24 villages and a population of about 65,000.

The children were divided into three groups, with the first two receiving R21/Matrix-M with a low or high dose of the Matrix-M adjuvant. The third group received a rabies vaccine as a control. The vaccines were dosed from early May 2019 to early August 2019, mainly before peak malaria season. 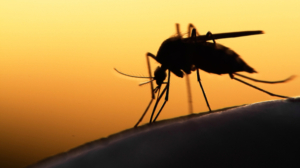 “These are very exciting results showing unprecedented efficacy levels from a vaccine that has been well tolerated in our trial program,” said Halidou Tinto, professor of Parasitology, Regional Director of IRSS in Nanoro, and the Principal trial Investigator. “We look forward to the upcoming Phase III study to demonstrate large-scale safety and efficacy data for a vaccine that is greatly needed in this region.”

“These new results support our high expectations for the potential of this vaccine, which we believe is the first to reach the WHO’s goal of a vaccine for malaria with at least 75% efficacy,” Adrian Hill, director of the Jenner Institute and Lakshmi Mittal and Family Professor of Vaccinology at the University of Oxford, who also led the COVID-19 vaccine project with AstraZeneca, said. “With the commitment by our commercial partner, the Serum Institute of India, to manufacture at least 200 million doses annually in the coming years, the vaccine has the potential to have major public health impact if licensure is achieved.”

Malaria is one of the leading causes of childhood death in Africa. The WHO estimates that malaria causes more than 400,000 deaths each year around the world. Efforts to reduce malaria deaths have stalled in recent years, and most of the deaths are in African children.

In 2019, 229 million cases of clinical malaria were reported. More than 100 potential malaria vaccines have been in clinical trials over the last few decades, but none have demonstrated greater than 75% efficacy.

In addition to the efficacy rates, participants receiving the vaccine showed high titers of malaria-specific anti-N-acetylneuraminic acid phosphatase (NANP) antibodies 28 days after the third vaccination. This was almost doubled with the higher adjuvant dose. After a fourth dose, which was given a year later, antibody levels were stimulated to levels close to the participants’ peak titers after the primary series of shots.

Novavax manufactures the adjuvant and supplies it to SII, a licensing deal to use Matrix-M in the vaccine in regions where the disease is endemic. SII will pay Novavax royalties on its market sales of the vaccine.

“The team at Novavax is gratified to be a part of the collaboration that has led to today’s important advance for this longstanding global health problem,” said Gregory M. Glenn, president, Research and Development, Novavax. “Novavax’ Matrix-M adjuvant used with the Oxford R21 antigen both minimizes the doses required and thereby increases the number of doses available, and stimulates a highly effective immune response that could protect the world’s most vulnerable population, children.”

R21 was created by expressing recombinant HBsAg virus-like particles in Hansenula polymorpha, a type of yeast made up of the central repeat and the C-terminus of the circumsporozoite protein (CSP) fused to the N-terminal end of HbsAg10. The vaccine targets P. falciparum malaria.

One reason malaria has been so resistant to vaccines and treatments is its complicated life cycle. Female Anopheles mosquitos carry it.

After 10 to 18 days, a form of the parasite known as a sporozoite moves to the mosquito’s salivary glands. When the Anopheles mosquito “bites” a human, how mosquitoes take blood meals, the anticoagulant saliva with the sporozoites are injected into the person migrates to the liver and starts a new cycle. The infected mosquitoes carry the disease from one human to another, and infected humans transmit the parasite to the mosquito. Mosquitos are unaffected by the parasites.