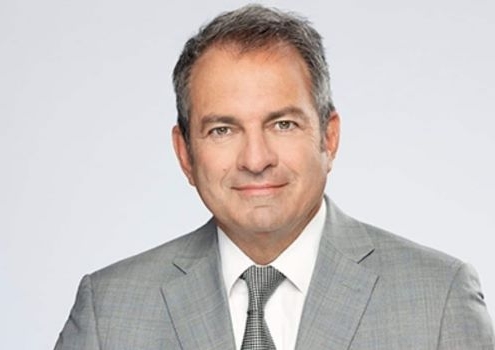 Vounatsos out as Biogen appears to concede defeat over Aduhelm

Bruised and battered by its failings with controversial Alzheimer’s drug Aduhelm, Biogen is looking to right the ship with a new helmsman. The company is on the hunt for a new chief executive officer.

This morning, Biogen announced the leadership change in its quarterly financial report. Michel Vounatsos, who has guided the company since 2017, plans to depart the company when a new CEO is found. He will continue in his role to assist with the leadership transition. 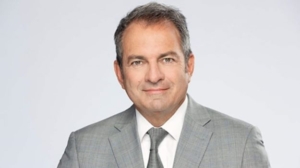 Vounatsos said he is proud of Biogen’s “unparalleled capabilities in neuroscience” and the medications the company has developed to benefit patients facing these complex diseases.

“I will be leaving at a time of promise for Biogen, with noteworthy potential for value creation, and I look forward to working with my successor through a smooth transition,” Vounatsos said in a brief statement.

His departure comes weeks after the U.S. Centers for Medicare and Medicaid voted to limit coverage of Aduhelm to patients participating in clinical trials and the company’s decision to withdraw the Marketing Authorization Application for European approval of the Alzheimer’s disease medication.

The announcement of Vounatsos’s departure comes after it was revealed that his bonus was cut in half in order to hold him accountable for the overall business performance of 2021.

Since its controversial approval by the U.S. Food and Drug Administration, Aduhelm has failed to gain commercial ground in the U.S. The medication has also been surrounded by safety questions, with concerns raised over reports of the deaths of patients who took Aduhelm.

BioSpace has previously reported that at least four elderly patients died after taking the medication. It is unknown if the Alzheimer’s drug was a cause or if the elderly patients succumbed to other medical complications. During clinical studies of Aduhelm, researchers observed cases of amyloid-related imaging abnormalities (ARIA-E), also known as cerebral edema. A warning label on Aduhelm points to the possibilities of ARIA-E.

Because of Aduhelm’s struggles and the recent decision to limit coverage, Biogen announced Tuesday morning that it would substantially eliminate its commercial infrastructure supporting Aduhelm. The company said it would retain minimal resources to manage patient access programs for the medication, including a free drug program for patients currently receiving treatment.

Biogen intends to continue financing some regulatory and R&D activities for the medication, including a Phase IV post-marketing requirement study.

By eliminating its global commercial infrastructure supporting Aduhelm, Biogen anticipates about $500 million in savings. That will combine with previous cost-cutting efforts the company has implemented. In 2021, the company announced a $500 million cost-savings program. In March, Biogen began to lay off about 10% of its staff, but it was not believed that the savings would be entirely driven by headcount. With the additional $500 million in savings, Biogen will re-invest a portion of that into its strategic initiatives.

Vounatsos is the latest high-profile C-suite team member to depart Biogen over the last several months. Alfred Sandrock, the former head of R&D at Biogen, retired from the company at the end of 2021. And in January, Johanna Rossell, who served as Global Commercial Lead for Alzheimer’s at Biogen, left the company to join Enzyvant.

While Aduhelm has marred Vounatsos’ last year as CEO of Biogen, he has built the company into a neuroscience pioneer with more than 30 clinical programs, 10 of which are in Phase III. In addition to the approval of Aduhelm, which was marked as the first Alzheimer’s drug approved in 20 years, Vounatsos also oversaw the approval of spinal muscular atrophy drug Spinraza, as well as multiple sclerosis drug, Vumerity.

Although Aduhelm has hit the rocks, Biogen remains committed to developing therapies for Alzheimer’s disease. The company and Eisai, which it initially partnered with on Aduhelm, will complete the rolling submission for the experimental Alzheimer’s drug lecanemab in the second quarter of this year. Lecanemab could be approved under the FDA’s accelerated approval pathway. Full FDA approval could be granted next year if all goes well. If it does receive full approval, lecanemab has the opportunity to become the first anti-amyloid antibody to earn that distinction in the U.S.