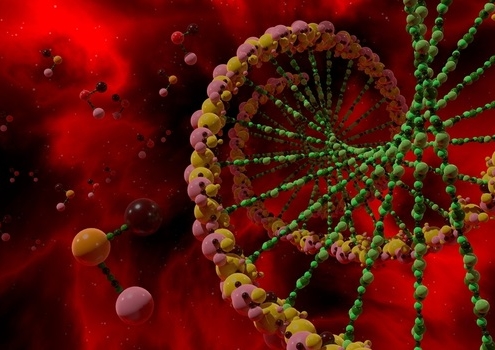 First Proof CRISPR Can Be Safe in Cancer Therapy

Although CRISPR gene editing is touted as likely to revolutionize medicine, the actual proof of its effectiveness and safety in treating diseases has been slow in coming. At least until now. Sort of.

Researchers with the Abramson Cancer Center of the University of Pennsylvania, led by Carl June, published results from the first U.S. Phase I trial of CRISPR-Cas9-edited T-cells in humans with advanced cancer. The data was published in the journal Science.

The trial involved three patients with refractory cancer, two women and one man, all in their 60s. One of the patients had sarcoma and two had multiple myeloma. The approach was similar to that seen in CAR-T therapy, where the patient’s own T-cells are recovered, engineered to express a specific receptor that can detect and kill cancer cells, then reinfused into the patient.

In the case of this trial, instead of engineering the T-cells with a receptor to a protein like CD19, they used CRISPR to remove three genes from the T-cells. Two edits removed the T-cell’s natural receptors, which could then be reprogrammed to express a synthetic T-cell receptor called NY-ESO-1. The third edit eliminated PD-1, a checkpoint receptor that allows cancer cells to hide from T-cells.

The researchers are presenting the data as a positive because it appears to be safe. June told Genetic Engineering & Biotechnology News, “CRISPR technology has proven safe in patients with advanced refractory and metastatic cancer. Our results demonstrate the ability to precisely edit the DNA code at three different genes.”

Before getting overly excited about this, it was also reported that one of the patients has since died and the disease became worse in the other two. June indicated the goal of the study wasn’t to cure cancer, but to show that the CRISPR technique was feasible and safe.

With that goal in mind, it’s safe to say the trial was a success.

“This is a Rubicon that has been decisively crossed,” said Fyodor Urnov, a genome editor at the University of California (UC), Berkeley, in a Science article. He noted the trial was the first of its kind in the U.S. and answered “questions that have frankly haunted the field.”

The research also suggests what the limitations of the approach are, at least currently.

One of the big concerns in using CRISPR is off-target edits. CRISPR is generally pretty precise, but the human genome is quite larger and even a target of 20 or so specific nucleotides in a gene might be duplicated elsewhere, which could have unintended effects. And, studies of the three patients in the study confirmed that CRISPR had resulted in some off-target edits. There weren’t many and the number of cells affected decreased over time.

There have also been questions on how long gene edits last. In theory, they should last indefinitely, but some research has suggested the body tries to fix the edits and return them to their original state. However, this study showed the CRISPR-edited cells continued at least nine months, which is significant compared to about two months in similar CAR-T therapeutic studies.

So this study, which is significant, is more of a starting point for CRISPR-based therapies, particularly given the modest clinical response.

“It wasn’t like you turned off those genes and those T-cells started doing things that were amazing,” Antoni Ribas, a UC Los Angeles oncologist told Science. But it was “a needed start” and going forward, “It’s going to be easier—because they did it first.”