Smoking rates declined globally for the first time on record, according to a new report on tobacco use. However, the figures from the Tobacco Atlas report also mask growing numbers of smokers in parts of the world, as well as increased tobacco use among young teenagers in almost half of the countries surveyed. 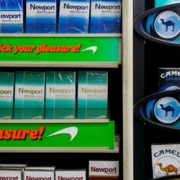 The U.S. Food and Drug Administration on April 28 issued a long-awaited proposal to ban menthol cigarettes and flavored cigars, a major victory for anti-smoking advocates but one that could face stiff opposition from Big Tobacco. 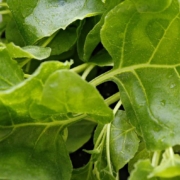 Medicago’s COVID-19 vaccine – approved during February in Canada – is facing limited growth in the near term after the World Health Organization said it would not review the vaccine because the company is partly owned by U.S.-Swiss tobacco company Philip Morris, health experts say.

More than 55 million people worldwide are living with dementia, a neurological disorder that robs them of their memory and costs the world $1.3 trillion a year, the World Health Organization (WHO) said on Sept. 2. 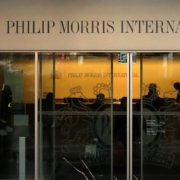 Shares of U.K.-based Vectura Group were up more than 13% in trading after Philip Morris International announced the tobacco giant’s plans to acquire the company for $1.44 billion in cash.

FCB New York and the U.S. FDA announced that they have launched the newest evolution of “The Real Cost” youth tobacco prevention campaign.

Researchers say universities across the United States have been slow to adopt anti-tobacco policies on campuses despite public health efforts to curb tobacco use, especially among teens and young adults.

San Francisco is the first major city in the United States to ban the sale of e-cigarettes as officials look to control the rapid uptick in teenage use of nicotine devices made by companies such as Juul Labs Inc.

The U.S. Food and Drug Administration plans to meet with top-level executives of e-cigarette makers, the agency’s chief said, hinting that some companies seem to be backing away from commitments related to youth’s access to e-cigarettes.

The U.S. health regulator warned a California-based manufacturer and retailer against advertising its e-cigarette liquids with nicotine in a way that may cause the products to resemble kid-friendly food like juice boxes and cookies.